Differences Between the 2023 Bronco & Bronco Sport

Highly anticipated, the recent return of the Ford Bronco nameplate saw enthusiasts able to get behind the wheel of two new Bronco models. Offering similar style, albeit with either two doors or four, the Ford Bronco and Bronco Sport became instant favourites for the off-road set. The only real question is, which of these two Bronco models is right for you? Read on to learn more about the 2023 Ford Bronco and 2023 Ford Bronco Sport, as well as which one might be right for you, with your source for all things automotive in the heart of Alberta: Heartland Ford! 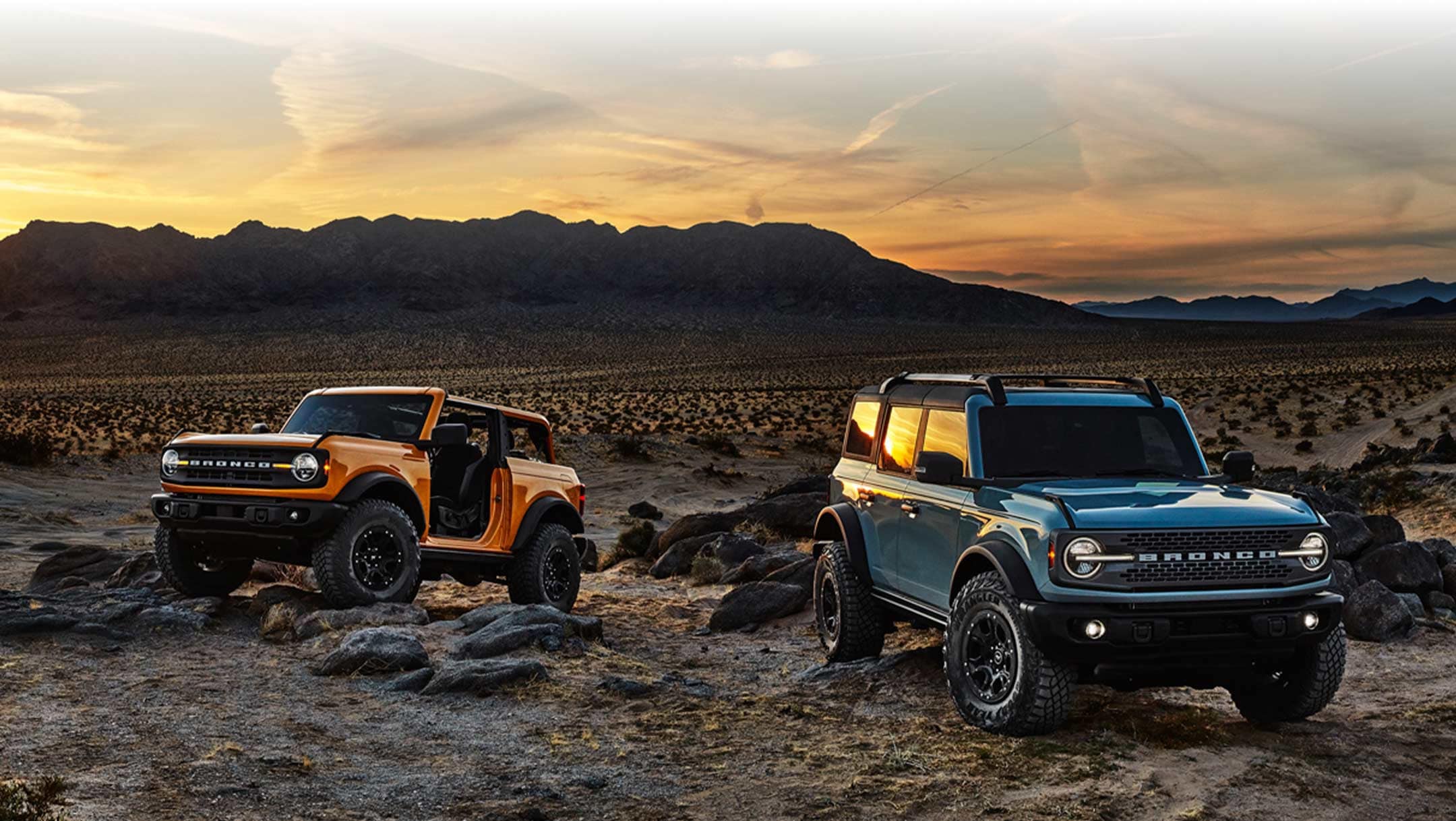 At first glance, we can see that the smaller Bronco Sport starts at a lower price than the Bronco, though we’ll dive into the differences between the two models in greater detail below.

In terms of design aesthetic, the Bronco and Bronco Sport offer a similar look albeit with some key differences. While the Bronco Sport offers a few more rounded edges, in a body style that’s as at home in the city as it is off the beaten path, the Bronco offers a more rugged look with sharper edges. Other details include substantially larger, off-road wheels found on the Bronco, as well as the choice between either two- or four-doors and a hard top or a soft top. 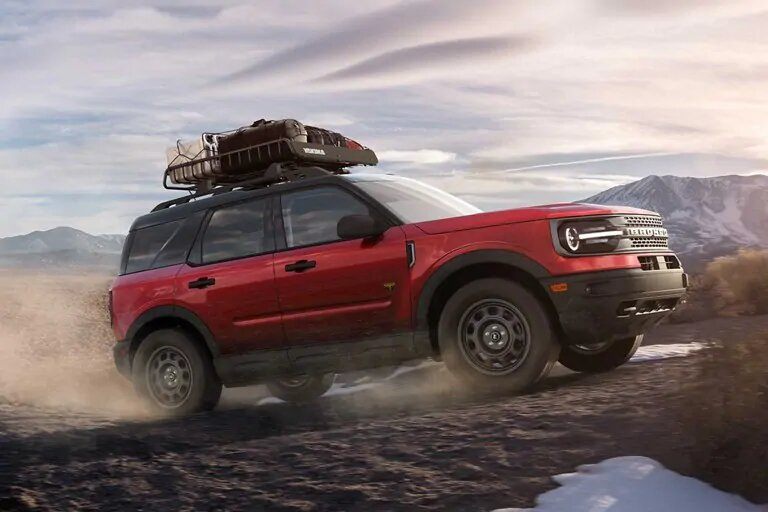 It’s clear that the Bronco offers the most power out of the two options, whether equipped with the base 2.3-litre EcoBoost® engine or the 2.7-litre V6 EcoBoost® found in the Ford Raptor or across the Ford ST lineup.

However, the 1.5-litre and 2.0-litre EcoBoost® options found in the Bronco Sport are no slouch either, offering more than enough power along with excellent fuel economy.

Of course, there are several more performance details we could go into, but we’ll leave it at this: the Ford Bronco is designed, primarily, for off-road adventures and is equipped as such. That doesn’t mean the Ford Bronco Sport isn’t exceptionally capable—because with a standard 4×4 drivetrain, and Terrain Management System with up to seven G.O.A.T. (Goes Over Any Terrain) Modes, the Bronco Sport is more than capable enough to tackle the toughest Alberta terrain no matter the season.

If you’re looking for an SUV capable of handling rugged terrain on the weekend, and your work commute during the week, the Bronco Sport is probably the model for you. But if you plan on really exploring the rockiest and roughest terrain Alberta has to offer, you’ll want to opt for the Bronco. Regardless of which choice you plan to make, visit Fort Saskatchewan’s Heartland Ford for the best selection and top notch customer service. After all, we’re the heart of all things Ford in Alberta!